'Where I'm standing right now', said the Wellington-booted historian, 'was a detonation chamber - from which I could have blown up you and the bridge on which you were standing until a few seconds ago'.

We were in the grounds of Audley End House, an elegant manor with a history dating back to the 12th century, near Saffron Walden in Essex.

The estate, purchased for the nation in 1948 for the princely sum of £30,000, is managed by English Heritage. On this occasion, we were attending a members-only event tracing the house's contribution to the defence of Britain during World War II. Our tour of the grounds and some of the behind-the-scenes areas normally prohibited to the visiting public was an eye-opener to a wartime secret of which we - and local residents of that time - were totally ignorant. 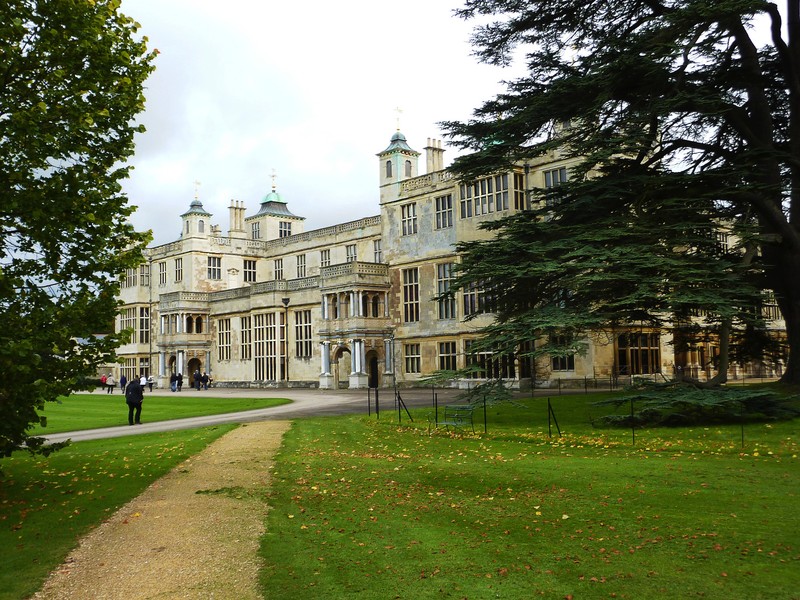 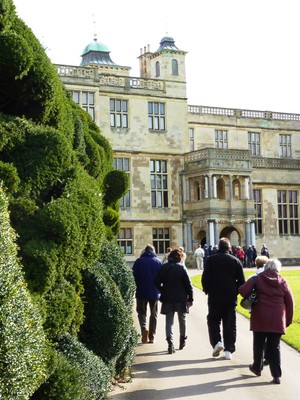 It was here, during WWII, between May 1942 and December 1944, that the Polish section of the SOE (Special Operations Executive) trained for underground activities behind German lines.

Audley End had been requisitioned for war use by the Ministry of Works in 1941 on the death of the 7th Lord Braybrooke and became known by the code name 'Station 43'.

All the furniture was removed from the house and the interior sparsely equipped to provide accommodation for soldiers who had volunteered to join the Polish underground movement. Rooms were set aside for them to be trained in silent killing and in shooting with revolvers, rifles and machine guns.

A small room in one of the towers housed tailors and forgers making suitable clothes and identification documents for those who were to be dropped by parachute into Nazi-occupied territory. 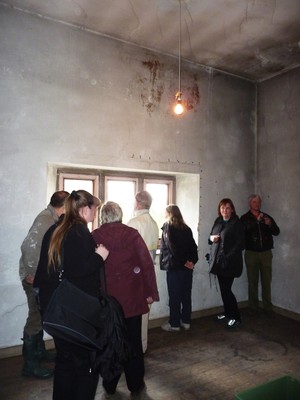 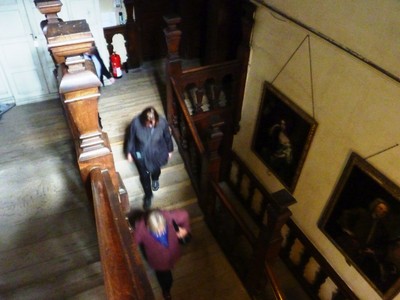 The extensive grounds had contained an assault course and ropes strung across the River Cam to improve the volunteers' strength and fitness. They also practised swimming in the lake and one of the garages was used for basketball and volleyball. Guns were hidden in hedges around the house and the grounds were surrounded by barbed wire, all part of the country's second line of defence in the event of a German invasion.

Pillboxes were built at strategic points in the vicinity, some of them still in evidence to this very day, as are the anti-tank barriers (concrete blocks joined by steel hawsers) constructed across the estate's two bridges. At both of these bridges, explosive charges were set to enable them to be blown up on demand from the chamber on which our historian stood. 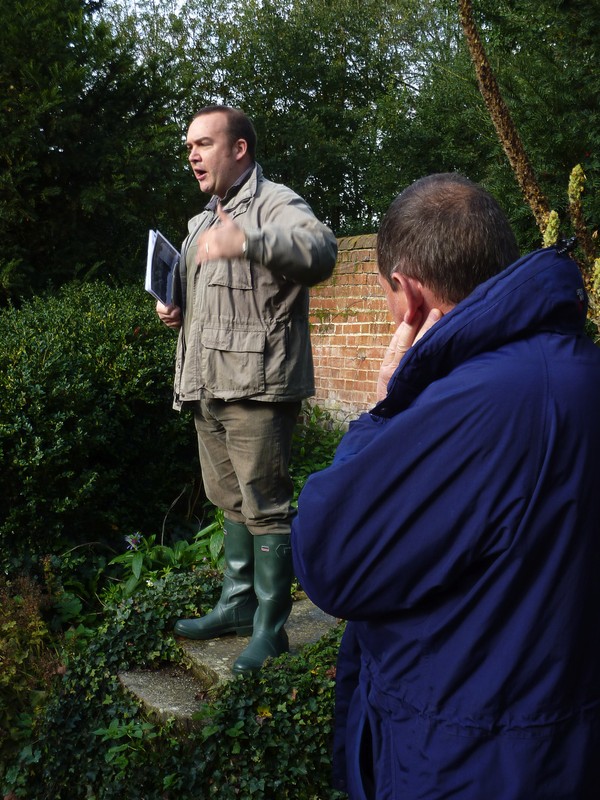 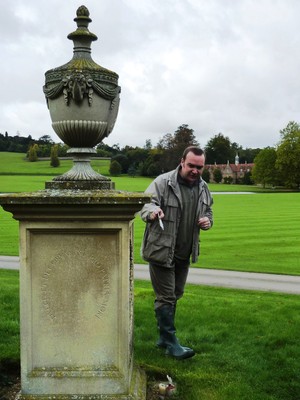 Of the 316 men and one woman trained here at Audley End and eventually dropped into Poland, 108 died. To the south-west of the house, stands a small but touching memorial to all the brave soldiers who had been based here.

That first visit to Audley End was in October of 2010. A couple of months later, we attended another members' event here - this time to learn about the house's heyday in Victorian times. First though, let me add a bit more information about the history:

Originally, in the 12th century, there was a Benedictine monastery here. When Henry VIII suppressed the monastery, he gave it (in 1538) to his chancellor, Thomas, Lord Audley - who promptly converted it into a house. In later years, the house was remodelled – probably to accommodate royal visits by Queen Elizabeth I in 1571 and 1578, and King James I who came twice in 1614. It was updated on several subsequent occasions, mainly to reduce its size and cost of upkeep.

In 1784, Lancelot 'Capability' Brown was commissioned to redesign the grounds and Robert Adam added galleries behind the hall to create a more fashionable set of reception rooms.

In 1825, the estate passed to Richard, 3rd Lord Braybrooke, whose taste largely prevails in the house today.

At this point, I have to add that we have not yet toured the house as it was mothballed during the winter months and we have only seen backstage bits relevant to the specialist subjects of the members’ events. We’ll correct that omission during the coming autumn. We do know, however, that the interior of the house retains much of its original character, with impressive Adam and Jacobean revival touches, and that it’s sumptuously furnished with all manner of original furniture, and pictures by Holbein and Canaletto among others.

Meanwhile, back to the Victorian age...

The service areas of Audley End House reflect the way they’d been used in the 1880s, when the Braybrooke family employed numerous servants to keep everything running smoothly.

There was always a core of about seven staff at the house (plus more at the family’s other houses near Bournemouth and in London, many of whom would come to Audley End when the family did). The house had to be cleaned, heated by coal fires, lit by candles and oil lamps, meals prepared, the family and their guests served, and water for washing and laundry had to be provided by hand. 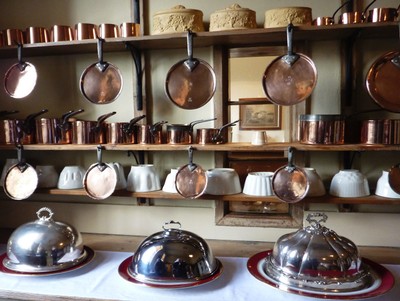 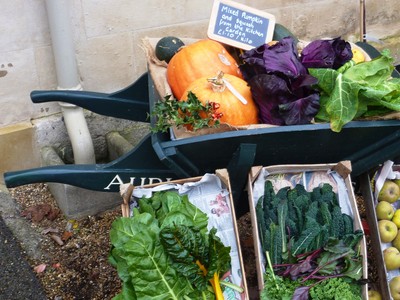 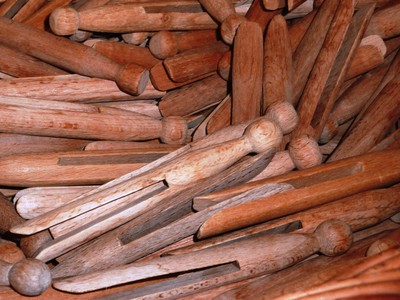 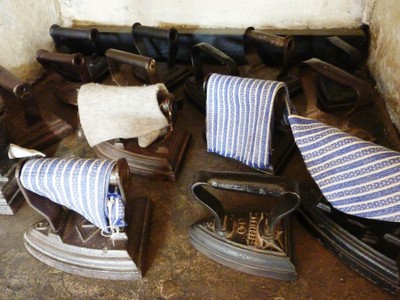 The butler managed the male staff - the footmen who did the serving, cleaning boots, answering bells, and the like. A housekeeper supervised the female servants, ordered supplies, and paid bills. Housemaids cleaned, made up fires and did the laundry. A dairy maid prepared cream and butter from the estate’s cows’ milk. And the cook, assisted by kitchen and scullery maids, prepared meals for the family, guests and all the staff.

On this visit, we were enlightened by well-known food historian Annie Gray (TV, radio and author of 'The Greedy Queen: Eating with Victoria') about the work of the cook and her minions. 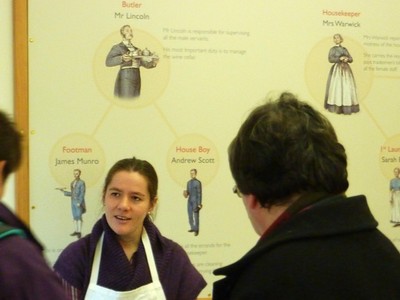 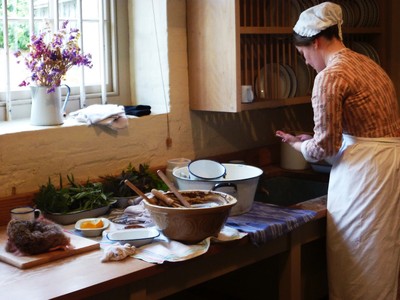 This included demonstrations of how pies, biscuits and cakes were prepared – no food processors in those days, just hands and basic implements. The results were usually fancy affairs befitting of the Victorian age. While we visited the laundries, dairy and kitchens, a couple of very good cakes were baked in one of the vast ovens, later to be enjoyed with a cuppa. 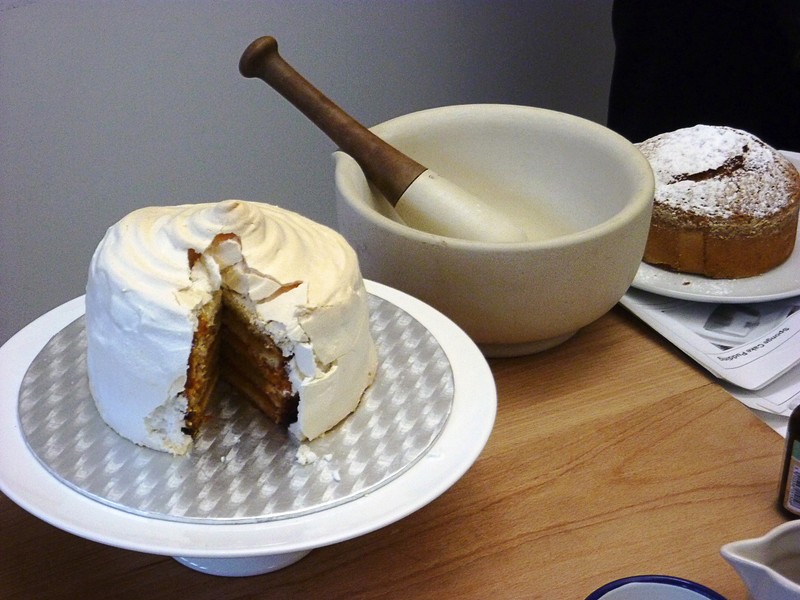